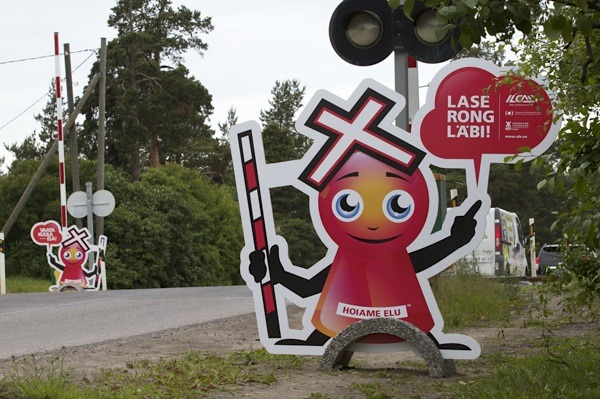 (Paris/Brussels, 21 June 2010) Despite all the measures taken to indicate the presence of level crossings and make them safe, too many road users and pedestrians are killed or injured at such crossings each year right around the world.

Almost all accidents at level crossing are due to road users failing to observe mandatory stop lights, signals and basic traffic safety rules. Contrary to what is generally thought, most accidents involve “regulars”, in particular those living near and/or making regular use of a level-crossing, as familiarity habit makes them less careful or more reckless, which may prove fatal.

In order to reduce these accidents, countries are making efforts to remove level crossings. This is, however, a long-term undertaking because there are still hundreds of thousands of level crossings in the world and removing them involves huge costs and relatively long study and implementation times. This is why education remains key and imperative to reduce level crossing accidents. Therefore, the rail and road sectors in more than 45 countries worldwide are organising together an International Level Crossing Awareness Day (ILCAD), tomorrow, on 22nd June 2010, to make people understand that these accidents could be avoided if they obey the traffic rules and to address the question of misbehaviour at and around level crossings.

The International Level Crossing Awareness Day focuses on educational measures and the promotion of safe behaviour at and around level crossings. It is built on existing national events which will be held jointly at various locations in every participating country and constructed around the common message “Act safely at level crossings!” In addition to regular or permanent activities held throughout the year, many special communications actions have been planned across the 5 continents: flyers handed out at level crossings, in schools, driving schools, scouting clubs etc., posters will be displayed in railway stations and other central places, special messages will be broadcast on radio and television, press conferences will be organised with national and local press.

Level crossing accidents account for only 2% of road deaths but a third of all rail fatalities based on European statistics. Road and rail organisations from participating countries acknowledged their shared responsibility to deal with this issue by organising safety events to develop public awareness and safe behaviour at and around level crossings. Additionally, many of them have signed the European Road Safety Charter which is an initiative of the European Union. The Charter has the objective of developing concrete actions, assessing results and further heightening awareness about the need to reduce traffic accidents and fatalities through the exchange of best practices in traffic safety in Europe, while adding a European dimension to individual or collective initiatives.
[divider]

For more information on this international coordinated initiative: