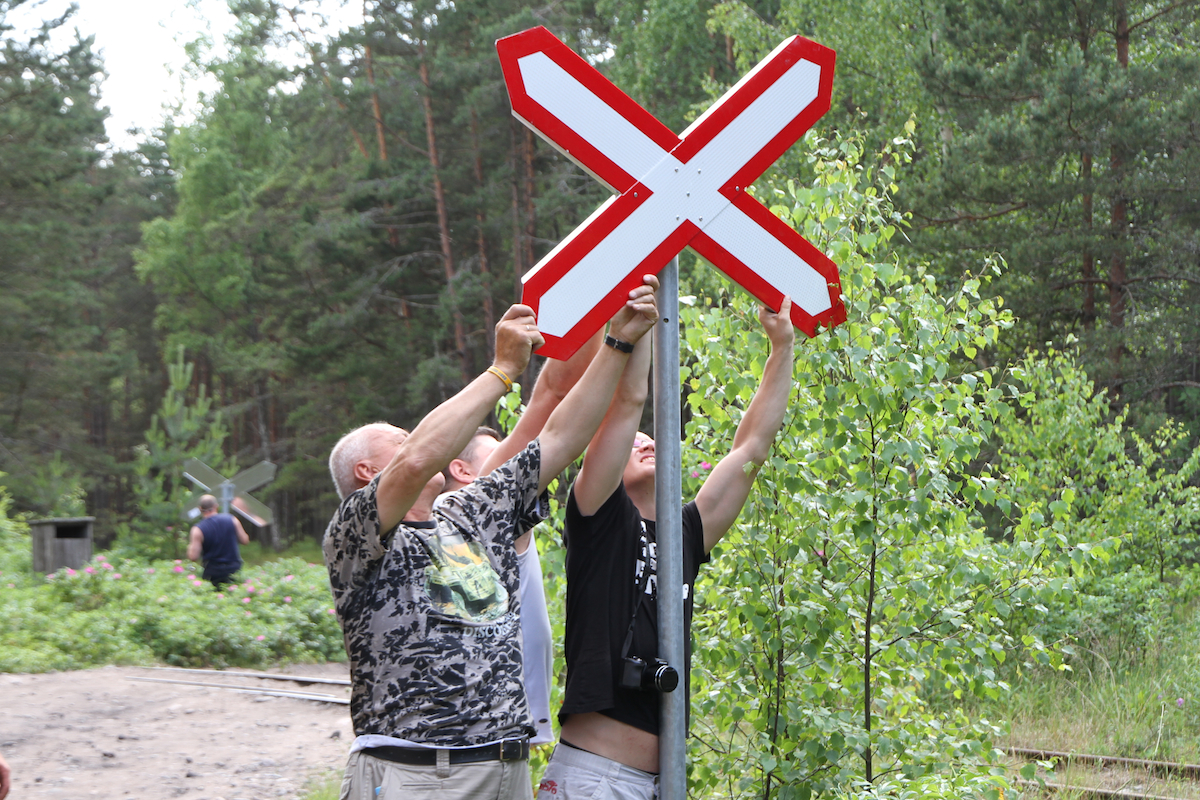 OLE juhatuse esimehe Tamo Vahemets, Chairman of the Management Board of OLE, explained that such initiatives are always more then welcome because they originate from the citizens who care about their close ones and wish to live in a safe environment. “Although the railway network operated on Naissaare cannot be compared to the one on the mainland, marking railway level crossings is still an important component for shaping a safe traffic environment,“ added Vahemets.

Peeter Pau, Senior Law Enforcement Officer of the Easter Prefecture who coordinates the activities of assistant police officers, said that it is extremely important to set up traffic signs for helping road users in the areas where there is no daily police surveillance.

Peedo Lehtla who is responsible for railway operations on Naissaare, said that approaching railway level crossings has now a new meaning. If until now, the road users might even not notice that they are at a level crossing then now it can no longer happen thanks to the freshly installed traffic signs.

OLE (www.ole.ee) is a non-profit organisation founded in 2004 by the initiative of AS Eesti Raudtee (Estonian Railways) with the mission to increase considerably public awareness about dangers involved in railway traffic and lawful behaviour on railway, with the purpose to reduce the number of railway accidents and people killed and injured in such accidents.

Tamo Vahemets, Chairman of Management Board – Executive Manager of OLE,