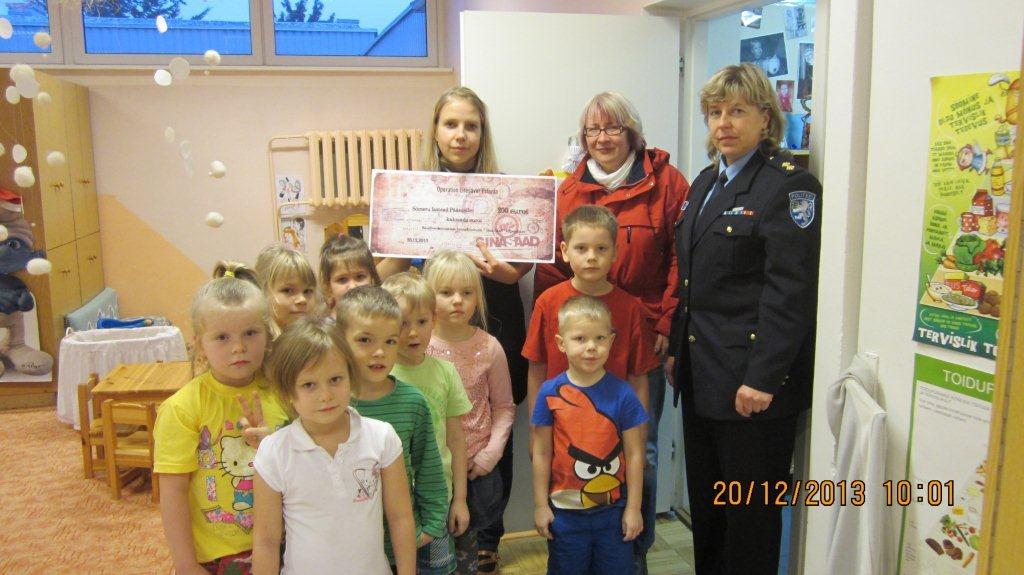 The invitations to participate in the contest went out to all the kindergartens in the county. The objective of the contest was to discuss railway safety issues in order to find new angles for conducting notification activities in kindergartens. The second objective was increasing the awareness of kindergarten children about the dangers present on railways.

The project was attended and ideas received from only two kindergartens – Pääsusilm in Sõmeru and Pesapuu in Haljala. The children of Sõmeru kindergarten led by their teacher Kristel Floren invented a table-top game about railway safety and the kids from Haljala led by teacher Tiia Maalmets came up with a floor game.

The organizer of the contest, Senior Law Enforcement Officer of the Eastern Police Prefecture Annela Floren said that prevention and notification is a significant part of police work – we need to increase the safety awareness of people for preventing potential negative consequences. “Therefore, we are very grateful to Sõmeru and Haljala kindergartens for their time and effort in contributing to safety promotion,” said Floren.